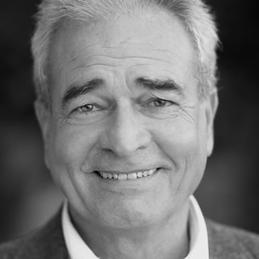 He earned a Master's degree in Mechanical Engineering at Politecnico di Milano in 1969.

In 1973 he became technical manager of Kartell, in charge of the development of furniture and plastic laboratory equipment projects.

He became a freelance industrial designer for Brevetti Gaggia in 1979, and he did the same for Alfa Romeo Auto from 1981 to 1984.

His work has been shown in several exhibitions around the world and some of his products are part of the permanent collection of the Museum of Modern Art of Toyama. Since 1994, the Museum of Modern Art in New York has included some of his designs in its Design Collection. Many of his designs have received several awards, such as the "Compasso d'oro", recently given for the "MIX" lamp by Luceplan.

Moreover, he is involved in teaching and research in many countries and is a lecturer at Politecnico di Milano and at the IUAV in Venice.

He works and lives in Milan.