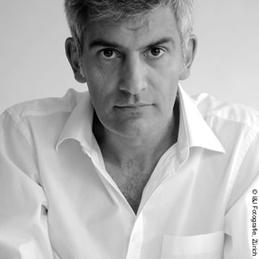 Born in Buenos Aires, Argentina, in 1964

After moving to Switzerland in 1977, he received a degree in Industrial Design at the Höhere Schule für Gestaltung in Zurich in 1991. He received the Diploma Prize, SfGZ in 1991.

In 1988, he began working in Zurich for the Museum für Gestaltung, where he was responsible for many exhibitions.

In 1993 he set up his own studio, and subsequently worked for firms such as Alias, Authentics, Edra, Driade, Luceplan, Thonet and Zanotta.

He has received many awards for his work over the years. In October 2006, he was the guest of honour at the 20th Biennale of Design in Kortrijk, Belgium. In this context, the book Alfredo Häberli Design Live was published by Birkhäuser - Publishers for Architecture, Basel.