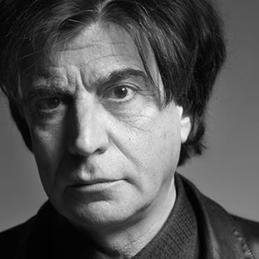 He earned a degree in Architecture from the Barcelona School of Architecture (ETSAB) in January 1971, and gained his PhD in April 1987. He has worked in his professional practice in Barcelona since 1971.

Professor of Architectural Project Design at the Polytechnic University of Catalonia, where he held the title of Cátedra Blanca.

He is also a member of the Sant Jordi Royal Academy of Fine Arts and received an honorary PhD from the University of Trieste in Italy.

A founding partner architect of the Office Architecture in Barcelona (OAB) along with Xavier Martí, Lucía Ferrater and Borja Ferrater in January 2006, he has received three FAD Prizes, the City of Barcelona Prize and Denmark’s Brunel International Award since 2000. He was a finalist for the Mies van der Rohe Award and has also been distinguished with the City of Madrid Award, the Spanish National Architecture Award, the Dedalo Minosse International Prize, the Basilica Palladiana in Vicenza and the Decada Award. He was invited to participate in the International Pavilion and the Spanish Pavilion at the Venice Biennale 2004, and he also participated in the exhibition “On-site: New Architecture in Spain” held by the Museum of Modern Art in New York in 2006. Furthermore, an exhibition exclusively dedicated to his work was held in Crown Hall at the Illinois Institute of Technology (IIT) in Chicago in September 2006.