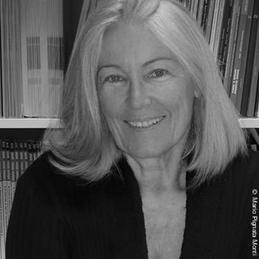 Chantal Hamaide is one of the most influential women in the design world in France. In 1985 she created the magazine Intramuros, of which she is the editor-in-chief and director of publication.

Thanks to its thorough analyses on the subject of industrial creation within the ensemble of its applications (furniture, objects, interior architecture, fashion, new techologies) and its original perspectives, Intramuros has achieved international recognition. Intramuros reveals new talent to its public, pays homage to personalities through portraits of them and anticipates new trends in the market.

By dint of her commitment and involvement, Chantal Hamaide has succeeded in bringing together journalists who have participated in making the magazine an independent and relevant publication for 20 years.

Invested in the cultural development of design, Chantal Hamaide has been behind many exhibitions, conferences and events in France and abroad which have enjoyed great success and have been able to satisfy the public’s growing interest in design.

Her experience as a journalist and her education at the Ecole Nationale Supérieure des Arts Décoratifs in Paris have helped to make her an expert who has participated in many juries, as well as an ambassador of French design to the outside world. In 2000, she received the Chevalier de la Légion d’Honneur award given by Laurent Fabius, who was the Minister of Industry and Finance at the time.