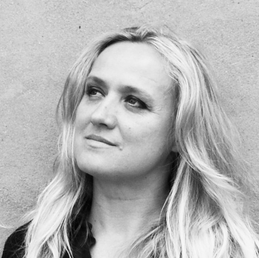 She studied in Poland and Italy. She collaborated with Alessandro Mendini and Atelier Mendini. Since 2005 her studio has been located in Milan. She has been collaborating with many prominent companies including Venini, Hermes, Abet Laminati, Swatch, Swarovski, Bisazza, Du Pont, Slamp, Tubadzin, Christian Dior.

Dorota Koziara approaches the topic of design very comprehensively. Being a designer, she also deals with design promotion, company development strategies through design, and design criticism.

She has been a curator and organizer of exhibitions promoting design on an international scene for many years.