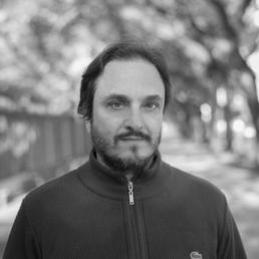 He has given seminars and lectures at different levels in Argentina, Brazil, Mexico, Spain and Italy.

Between the years 2000 and 2012 he was a part of the studio BAK arquitectos (Besonías-Almeida-Kruk), obtaining great recognition for his work, such as the first prize in the individual dwelling category at the Biennials of the Architects’ Association of the Buenos Aires Province in 2007 and 2009, the Special Award Eduardo Sacriste presented by the CAPBA in 2005, the first Alucobond award to Young Architecture in 2005 and the Grand Biennial Award CPAU/SCA in 2006.