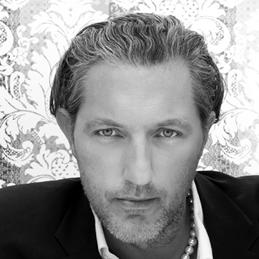 Bron in Boxtel, The Netherlands, in 1963

In 1995 he opened his own studio Wanders Wonders, and in 2001 Marcel Wanders studio based in Amsterdam. His fame started with his iconic Knotted Chair, which he produced for Droog Design in 1996. He is now ubiquitous, designing for leading international companies such as B&B Italia, Puma, Swarovski, Bisazza, Poliform, KLM Royal Dutch Airlines, Flos, Google, Cappellini and Target. In 2001 Wanders co-founded the successful design label Moooi, of which he is the art director.

Additionally, Marcel Wanders works on architectural and interior design projects, such as the new Kameha Grand hotel in Bonn, the Mondrian South Beach hotel in Miami, the Villa Moda Flagship store in Bahrain, as well as private residences in Amsterdam, Mallorca and Jakarta. In 2005 he co-founded Lute Suites and has recently partnered with Philippe Starck’s and John Hitchcox’s design focused property development brand, yoo.

Many of Marcel Wanders' designs have been selected for the most important design collections and exhibitions in the world and feature in all leading magazines. In 2006 he was elected International Designer of the Year by Elle Decoration. Marcel Wanders’ first soloexhibition currently features in the Philadelphia Museum of Art: Daydreams.