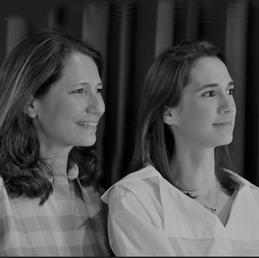 She began working in 1992 at Raison Pure, a French international Design and Branding agency, as Director of Communications. 7 years later she moved to New York to built the communication and PR strategy of the US operations of Raison Pure USA, now named forceMAJEURE.

It was in her parent’s boutique in Annecy France that she was first inspired by design. She earned a Masters Degree in International Business from the University of Turin in Italy. After many years of study and collaborations in Europe she would be hired by French design house Roche Bobois as Marketing Director for the U.S. moving her to New York City.

Odile and Claire met in November 2010 and the two decided to combine their vision, expertise and passion to launch WantedDesign in May 2011. WantedDesign, now with two fairs in May, Manhattan, and Brooklyn, and with a permanent design store in Brooklyn, has become the premiere annual international exhibition during New York’s design week