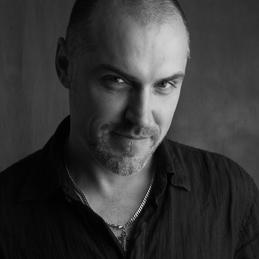 In 1991 was invited for practice by Professor Luigi Colani of Colani Design Bern AG, Switzerland.

In 1993 won a scholarship at Art Center of Design, Switzerland. Holds a BSc in Transportation Design.

From 2007 года – President of the Centre of Industrial Design and Innovation ASTRAROSSA, Moscow, Russia.